The Apple AirPods were announced in September 2016 with an initial launch date of early November (In the UK), but it appears that Apple over-estimated their ability to have the product ready in time as availability was sporadic with very limited release runs. I was lucky to get mine in February, however general availabilty in the UK didn't really happen until April 2017.

The first thing to examine is the appearance of the buds. Most wireless earphones are a small bud, sometimes entirely wireless, or sometimes with a cable between the two buds holding them together. Apple's are truly wireless, however the shape is similar to what the standard Apple supplied earphones would look like if the cable chopped off - leaving you with buds with an elongated bottom. On these wireless buds they provide a space for the battery (aiding in balance by hanging it low) and also extending the antenna. Generally its a nice design, but the elongated bottom does take some getting used to, but ergonomically they feel great and the longer bottom makes handling them easier too.

The charging/carry case is very simple, resembling a box of dental floss without any labels. It's smooth and feels nice in the hand, although the smooth plastic does show signs of wear as it's been laid on desktops - but it's superficial and you really need to look to see them. The case provides several recharges for your AirPods, and the lid is magnetically held closed which does help with peace of mind - the AirPods are held in the case with magents too, sliding them in with a satisfying thunk as the magnets pull them - I think it would be quite difficult to lose one directly out of the case. You recharge the case with a lightning cable, the same as the one you use for your phone. 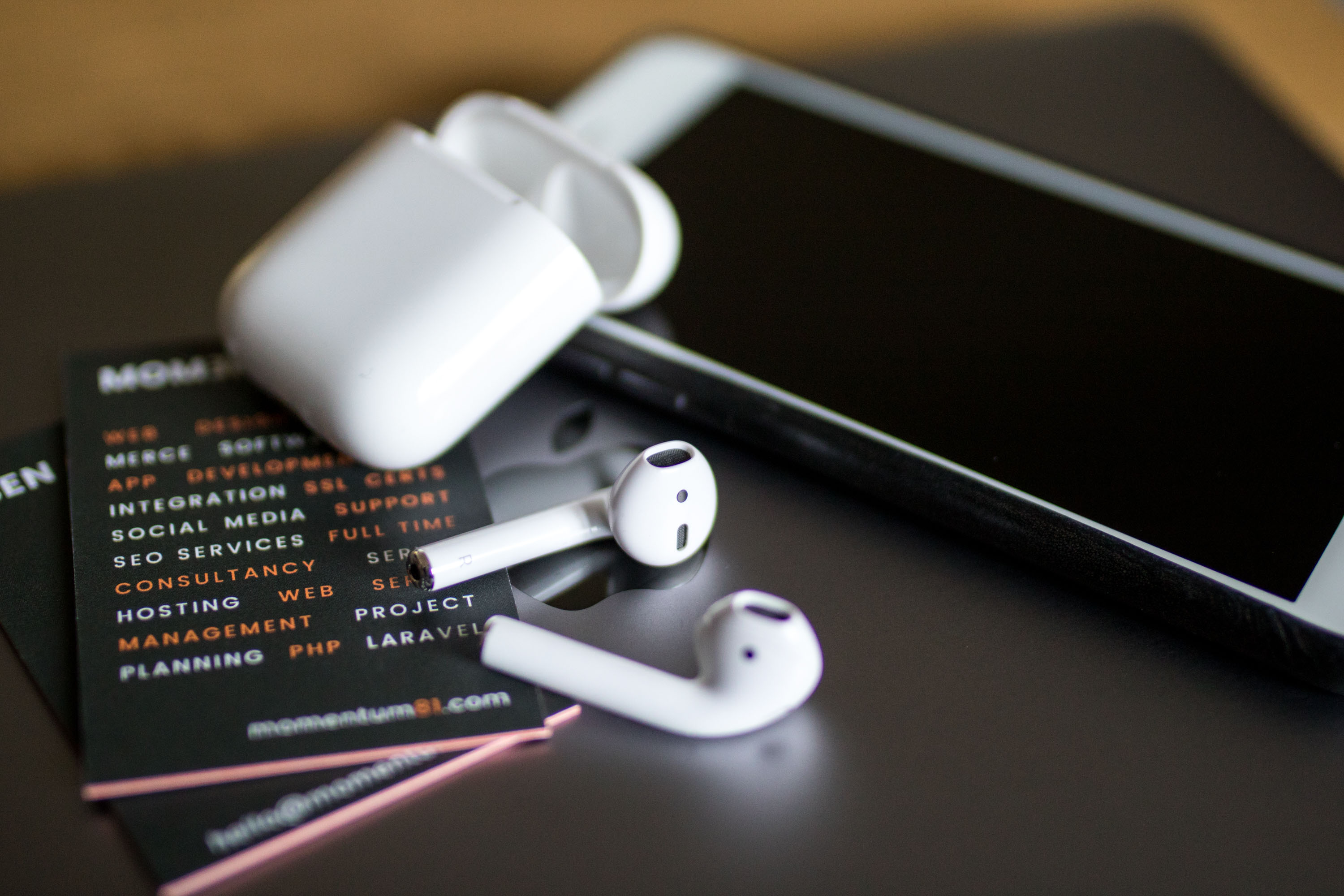 The sound quality of these is easily on par with a pair of wireless beats - if not better (Depending on how you like your bass). They deliver a great range of sound with a solid bass that's not overpowering. They wont hold the bass to extreme volume levels, distorting slightly, but overall it's a great sound.

Using them for calls and Siri is better than the wired versions, with some noise cancelling being performed with the dual micropones. Siri never misses a beat with these and all calls have been clear and crisp, people for the most part haven't realised I've been using the AirPods at all. 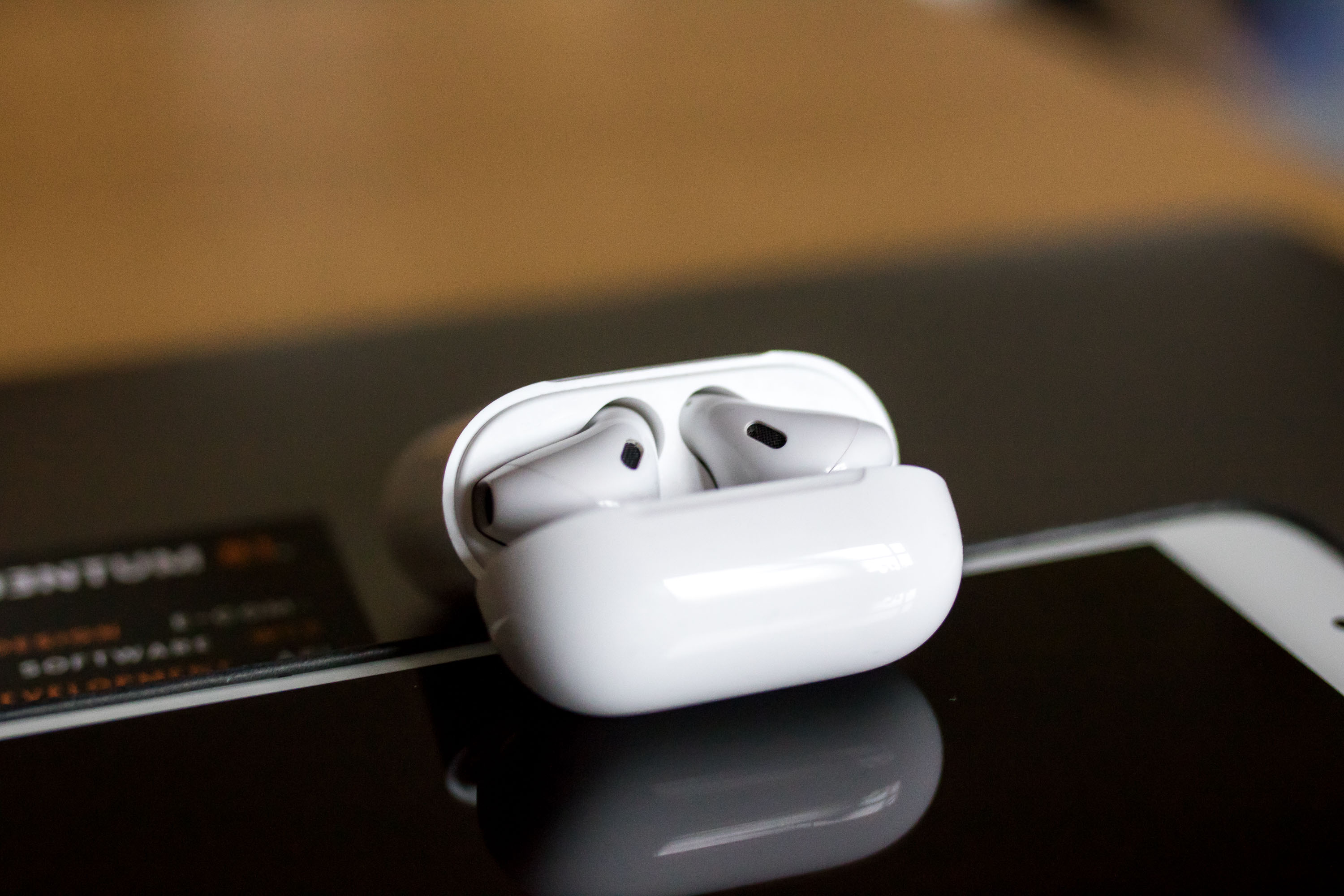 The Apple AirPods in their Charging Case

For a device thats primarily design to just deliver audio to your ears, these are pretty feature packed:

Siri is handled by tapping on one of the AirPods, prompting Siri's interaction. Speech is picked up clearly and I've not experienced any problems here.

Pausing - all you need to do is take an AirPod out of your ear and hey prosto! Your music is paused. Not just your music though, if you're watching a video on your computer it'll try and pause that too (with varying success depending on the player). This feature is truly great if someone is trying to talk to you - when you remove an AirPod and the music pauses you can listen to what your friend is saying, instead of having to remove both earphones or trying to listen over the other that's still blaring music into your ear. The AirPods though do lack the ability to stop/start via any control method (such as tapping, which is reserved for siri), and sometimes that can be annoying.

Find My AirPods - with the latest iOS release, you can now find your AirPods if you've lost them, however with some caveats... The AirPods will log their last location when in use, but not when they are not in use. So you can track them to when they were last playing, but that's it. You can make them play a noise (both, left or right) aiding in finding them.

Connecting to your phone is simple, and once you've connected one device, all your other Apple devices will be set up to use automatically (except for the Apple TV - you'll need to pair that manually). When you're connected, you just place the AirPods into your ear and they'll automatically pair to the last device you were using.

Fit in the ear... I've never had a problem with the Apple line of earphones and the fit in my ear, they've always been comfortable and these are no different for me. They don't come with any sort of adjustment or adapters though, so if you don't get on with the standard wired headphones you won't like these. If you can find a pair to try on, make sure you take it.

The AirPods might seem expensive, however they are actually pretty well priced and are completely in line with the competition. The sound quality is great (without being booming and over bassy - I'm looking at you Beats). The pause when removed from the ear feature is a huge winner, and the charging case is almost perfect in function and form. The auto pairng with devices is also a welcome feature, making using them a pleasure.

Overall — I think these are a great buy if you want to get rid of the wires and don't want the Beats sound profile - just make sure you like how they feel. The lack of play/pause other than removing them from the ear though is an oversight, and they do carry a bit of theftability - I wouldn't wear these in public just yet myself, they scream "steal me!" a little too much.